Insights from a pandemic: Drug trends during COVID-19 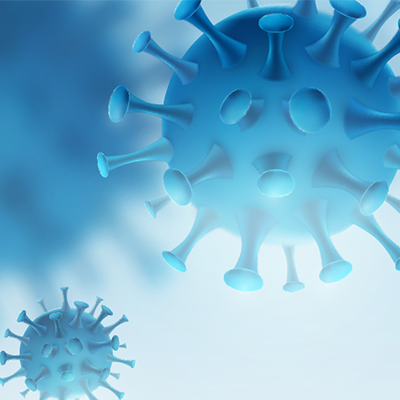 We were expecting drug costs to rise this year due to the increase in “specialty” drugs, the shift to more expensive treatments for common conditions, and the introduction of new, costly medications. The COVID-19 pandemic has caused drug costs to rise even more than expected. While this was partly due to increased claims for certain drug categories, the most significant factor was the increase in dispensing fees as the provinces imposed 30-day refill limits.

Initially, as COVID-19 started to spread, we saw an overall spike in the volume and paid amounts for drug claims in March as plan members rushed to stock up on their medications. On our block, the average amount paid per certificate increased 16% in March, compared with the previous year.

This spike was followed by a drop in April after most provinces put 30-day refill limits in place. This led to a decrease in both average paid amounts and quantity per claim as people were limited to smaller refills. But the dispensing fee portion of drug cost tripled for many plan members who had to refill their prescriptions every month instead of every 90 days.

The April plunge was short-lived. Drug claims started to climb again in May as some provinces removed their 30-day refill limits. We’ve seen a continued increase so far in June as all remaining provinces have lifted their 30-day limits. 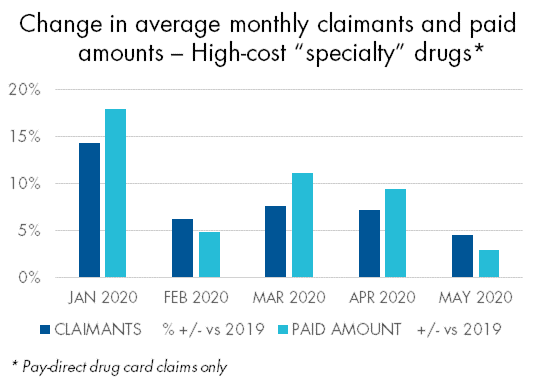 There were some notable exceptions to this trend. For example, both claimants and paid amounts for high-cost “specialty” drugs increased in March, April and May. Thirty-day refills are the norm for these drugs, so they weren’t impacted by the re-fill limits.

Claims for asthma drugs had the largest surge of any common disease category in March but had no subsequent drop in April. Not surprisingly, claims for mental health drugs increased throughout the pandemic, including a 33% increase in the number of claimants in May.

Going forward, we should see the average quantity per prescription stabilize in future months and return to normal, provided pharmacies return most patients to refills of more than 30 days.

The full impact of COVID-19 remains to be determined. We will continue to provide timely updates on any developments that impact our clients and their plan members or their benefits coverage. In the meantime, please contact your Group Account Executive or myFlex Sales Manager if you have questions.